Home / Blog / Beyond Bootcamps: Pursuing a World-Class Education from Anywhere

Beyond Bootcamps: Pursuing a World-Class Education from Anywhere 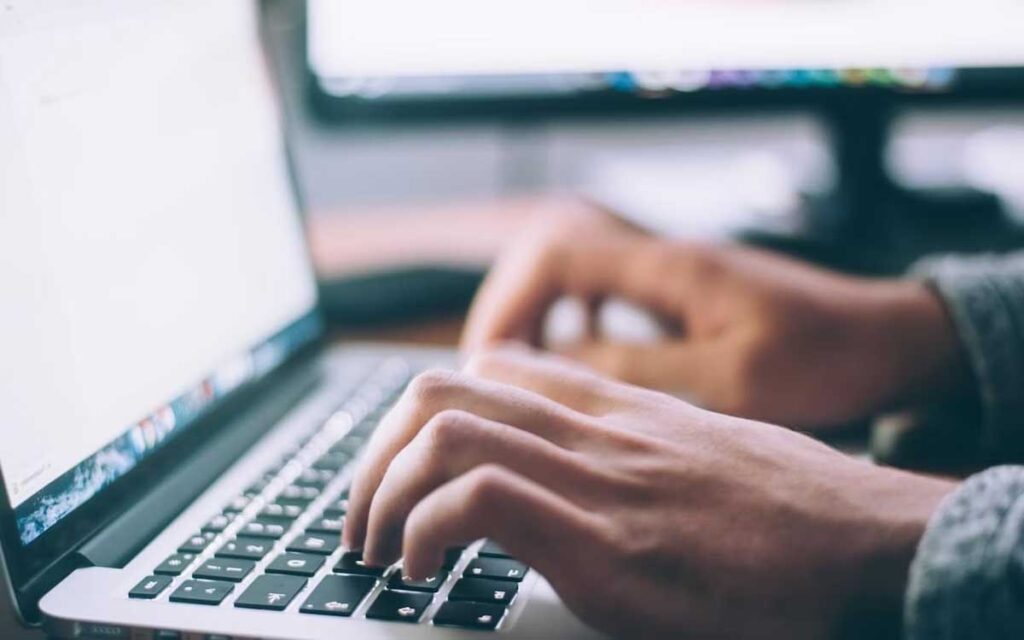 Steven Hunter has been fascinated with computers since the late 1990s. His middle school offered a limited lineup of computer science classes, but that could not stop him from learning all he could. Once he exhausted the computer-focused elective options offered by his school, Hunter started taking apart computers, putting them back together and building his own gaming PCs. Computers went from being his interest to being his passion.

Hunter never lost that passion, even when he decided to pursue a career in finance and became a wealth manager. When the pandemic struck, he took stock of his life and reconsidered his goals. As he reflected on how he spent his time, he realized that finance was not where he belonged. He regretted not majoring in computer science during his bachelor’s degree years and decided that it was time to make a change.

His first step in the right direction was to enroll in a coding bootcamp. It was a cost-effective option, but ultimately, not a particularly effective one. The program did not dive deeply enough into computer science to satisfy Hunter’s curiosity. His search for a comprehensive computer science graduate program led him to the online Master of Science in Computer Science program offered by the Charles V. Schaefer Jr. School of Engineering & Science at Stevens Institute of Technology. Hunter took some time out of his busy schedule to discuss why he chose Stevens and how the program supported his goals.

WHY DID YOU WANT TO PURSUE AN MSCS AFTER COMPLETING THE CODING BOOTCAMP?

I found that coding bootcamps are 90% front-end focused and 10% back-end focused. I wasn’t aware of how little time they would spend on computer science fundamentals. That seems to be the plague of most boot camps — they create a lot of front-end software engineers who are oblivious to the glacier under the water, so to speak, of computer science concepts. It left me wanting more.

But I wasn’t interested in hitting pause on my career, especially during the pandemic. Most people who go into a coding bootcamp are looking to go from zero to 100 — to get an entry-level junior front-end developer position right away. If that’s the goal, then bootcamps are great. But if you want to understand computer science fundamentals, if you’re going to make a career out of it and you want to be serious about it, then I think you can’t compare the value of a CS degree to a boot camp career-wise.

After I finished the bootcamp, I started researching online computer science programs that I could do while working, which led me to Stevens.

WHY DID YOU CHOOSE AN ONLINE PROGRAM?

An online program was the most convenient option for me. I completed my undergraduate degree online, so I was already pretty acclimated to the format. I thrive in self-study and am more of an autodidact than anything else. I find it difficult to pay attention when listening to a lecture. My mind tends to drift. Every time they mentioned something new, I’d start thinking about it, and then by the time I realized I had gone down a rabbit hole, they’d already finished five more sentences. I prefer being by myself with a book and just digesting the material.

But the most significant benefit is that I’m not commuting to and from school. I can log in five minutes before the class starts. And I don’t lose any study time. It fits my schedule much better.

WHAT ABOUT THE MASTER’S IN COMPUTER SCIENCE AT STEVENS APPEALED TO YOU?

The locality was one. If I needed to go to campus, I could. I’m a New Jersey native, so I grew up my whole life hearing the name Stevens Institute of Technology. I knew the reputation behind it. It’s an instantly recognizable name not only in the tri-state area but also in tech hubs like Silicon Valley. If you do a search on LinkedIn, you’ll see hundreds of Stevens alumni there.

I would say the primary reasons were the location, the convenience of being online and the university’s reputation in the area where I want to work. I’m planning to work in New Jersey or New York for the foreseeable future, and Stevens is a big name in the area, so that played a part in my decision.

HOW WILL COMPLETING THIS PROGRAM SERVE YOUR CAREER GOALS?

In the product management role, we worked with many software systems and guided teams as they built features or created project roadmaps and timelines. But we don’t go deep into the technology. We leave a lot of that in the hands of the engineers and the project managers. That part of my job left me wanting a little more of a technical deep dive. I hope that getting a master’s in computer science will help me accomplish my career goals. One is being more of a technical product manager at a tech company or transitioning into a career as a software engineer, whether internal or external.

WHAT HAS SURPRISED YOU SO FAR ABOUT THE STEVENS ONLINE LEARNING EXPERIENCE?

It surprised me that most of my classmates are not from New Jersey. A good amount of my classmates are from other states. Some don’t come from too far away — states like Connecticut or Pennsylvania — but others are from Texas or Michigan. Though maybe it’s not surprising how far-reaching the program is because those I spoke with who weren’t from the tri-state area said they had just found this program independently in their research.

WHAT ADVICE WOULD YOU GIVE PEOPLE THINKING ABOUT ENTERING THE PROGRAM?

Definitely get up to speed on the material. If you’re a non-CS major, your first semester will be in Java. You will learn Java programming and Java data structures, but it’s an accelerated track. Each class is seven weeks long. You do one and then the next, with two weeks of overlap. If you had a full 13 weeks to digest Java programming or Java data structures, it might be a little easier. But since they’re accelerated, you should come in knowing your way around. I would strongly suggest doing an online course on Udemy or Codecademy to prepare before the first semester. Beyond that, stay generally curious about CS and broader topics like operating systems and networks.

The 30-credit online master’s in computer science at Stevens Institute of Technology pairs the flexibility of remote learning with world-class instruction. Stevens Institute of Technology ranks 8th in the nation on U.S. News & World Report’s 2022 list of Best Online Graduate Computer Information Technology Programs. Stevens’ online degrees offer a cutting-edge curriculum aligned with high-demand industry standards. When you are ready to upgrade your career, it is easy to apply.