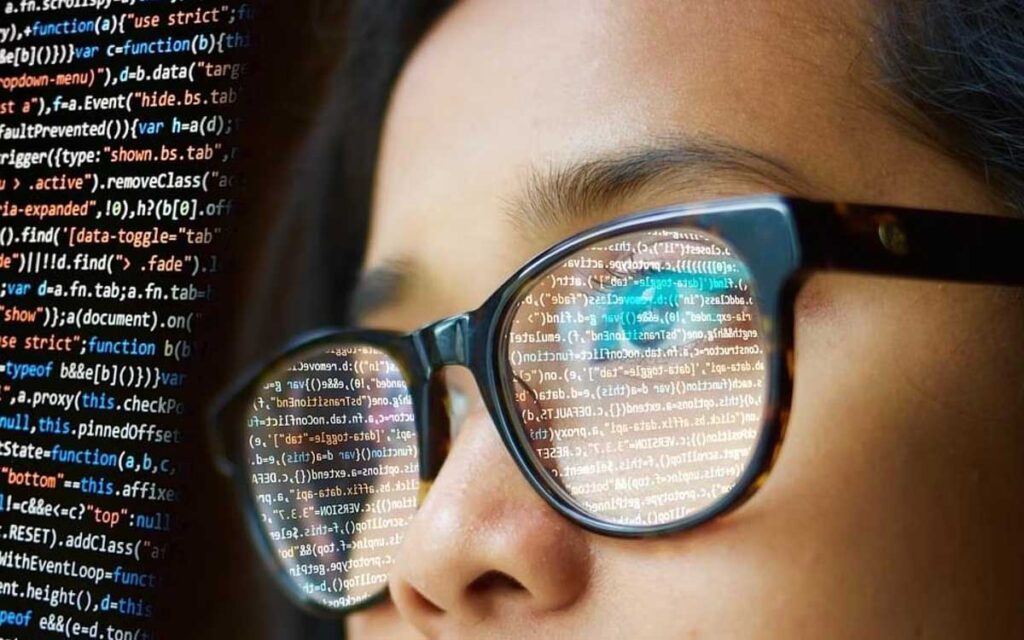 Technology and computers are a major part of the fabric of today’s world. Modern society could not exist or thrive without them. From computers to space exploration, what’s now taken for granted was once unimaginable. Some of the most significant achievements in information technology and computer science are courtesy of women. Without the contributions of women such as Ada Lovelace, Katherine Johnson, and Margaret Hamilton, some of the technological advancements society enjoys today may not have been possible.

Born Augusta Ada Byron, the future countess of Lovelace was raised by her mother. It was through her mother’s insistence that her private tutoring included both math and science. Despite the fact that it was unusual for a woman, particularly a noblewoman, to receive this type of education, Lovelace continued pursuing her studies through self-education.

In 1833, the then-17-year-old Lovelace met Charles Babbage through fellow mathematician Mary Somerville. Babbage was also an inventor. One of his creations was the Analytical Engine. In 1842, Babbage asked Lovelace to translate a French article on the Analytical Engine into English. During the nine months that it took to translate the article, Lovelace also supplemented it with a section of notes, which was actually much longer than the article itself. These notes contained what many believe to be the first algorithm, describing how the machine could be programmed to computer Bernoulli numbers.

As a woman whose accomplishments were ahead of her time, Lovelace did not receive any awards or recognition until well after her death. In 1980, the Department of Defense honored her by giving a computer language the name Ada. And since 2009, every second Tuesday of October has celebrated the achievements made by women in science, technology, engineering, and math (STEM), an occasion known as Ada Lovelace Day. The Ada Lovelace Award, which is given by the Association for Women in Computing, also honors her contributions to the field.

Computer scientist and U.S. Navy Rear Admiral Grace Hopper was a woman of many achievements. In 1930, she received a master’s degree, and in 1934, she earned a Ph.D. in mathematics, both from Yale. She joined the U.S. Naval Reserve in 1943 and was put to work on the Bureau of Ordinance Computation Project at Harvard. There, she was one of the programmers working on the IBM Automatic Sequence Controlled Calculator. This was the first large-scale digital computer, commonly known as the Mark I.

After the war, Hopper played a role in developing the Harvard Mark II and Mark III. After leaving Harvard and active service, Hopper moved to Philadelphia, where she would create A-0, the first computer language compiler, and the computer language Flow-Matic. She both promoted and contributed to the development of one of the first general business programming languages, known as common business-oriented language (COBOL).

Hopper was the recipient of multiple awards, including the Wilbur Lucius Cross Medal from Yale in 1972 and the National Medal of Technology in 1991. Since 1994, the annual Grace Hopper Celebration of Women in Computing has gathered and honored female computer scientists. She was given the Presidential Medal of Freedom posthumously in 2016.

Mathematician Katherine Johnson was a crucial part of America’s successful journey to the stars. As an African-American woman in the segregated South, her path was not an easy one. Johnson had a lifelong love of numbers and was a high school graduate by the age of 13. By 18, she was a college graduate with degrees in both math and French. During the Cold War, she was hired as a computer for the National Advisory Committee for Aeronautics (NACA). As a human computer, she performed calculations for the engineers, who were all male.

When NACA became the National Aeronautics and Space Administration (NASA), Johnson’s knowledge was crucial in putting the first American into space. She performed the Freedom 7 trajectory analysis and calculated the path determining where the spacecraft would land. Her written report about these calculations was the first report in which a woman in the Flight Research Division received credit as the author.

Prior to the Friendship 7 mission in 1962, astronaut John Glenn put his faith in Johnson to double-check calculations made by early mechanical computers. Not trusting these computers, he vowed to fly only if Johnson agreed that the math was indeed correct. Because of Johnson’s superior mathematical skill, Glenn became the first American to orbit Earth and safely land after circling the planet three times.

Throughout her time at NASA, Katherine Johnson would continue to lend her mathematical prowess to space flights. Prior to the moon landing, for example, she played a pivotal role in calculating the trajectory of Apollo 11. She was the recipient of many awards, including the 2015 Presidential Medal of Freedom. A year later, her story hit the big screen in the movie Hidden Figures. In 2017, a computing facility at NASA was named after her.

Margaret Hamilton is a software engineering pioneer who is credited with coining the phrase “software engineering.” Having received a B.A. in mathematics in 1958, the computer scientist’s interest in software developed at the Massachusetts Institute of Technology (MIT) while working on the U.S. Semi-Automatic Ground Environment (SAGE) air defense system as a programmer. During this time, she became interested in the cause and prevention of errors in software. Instead of studying for her Ph.D., Hamilton worked on the Apollo space program by joining the Instrumentation Lab at MIT. In 1968, Hamilton began writing software, and she eventually became head of the Apollo Software Engineering Division. There, she developed the software for the Apollo 11 mission. She ran extensive simulations to detect potential issues, ensuring that the system could find and recover data in the event of a computer crash. Her diligence paid off when an error occurred minutes before Apollo 11 touched down. When the computer threatened to overload, Hamilton’s software both recognized the error and took the correct steps to allow the craft to land safely. After the success of Apollo 11, Hamilton has worked on software for other space missions, including the space shuttle program and Skylab.

She co-founded Higher Order Software, where she worked on defense projects before leaving in 1986. Hamilton then founded Hamilton Technologies. In 2003, she received the NASA Exceptional Space Act Award, and in 2016, she was given the Presidential Medal of Freedom.

Computer scientist Adele Goldberg is known for developing a programming language that still influences today’s graphical interfaces. In 1973, Goldberg was hired by the Xerox Palo Alto Research Center (PARC). As a part of Xerox, PARC’s goal was to create future computer technologies. Although initially hired as a laboratory and research assistant, she would eventually become the facility’s System Concepts Laboratory manager. During her time at PARC, she helped develop the computer programming language Smalltalk-80. This introduced overlapping windows on display screens and was used to prototype the “windows, icons, menus, pointers” (WIMP) interface. In addition, Goldberg also played a part in creating software design templates.

From 1984 to 1986, she served as the president of the Association for Computing Machinery. In 1988, Goldberg co-founded ParcPlace Systems. She was the co-founder of the Internet support provider Neometron Inc. in Palo Alto and a member of the Heidelberg Institute for Theoretical Studies Scientific Advisory Board.

Stephanie Shirley is a leader in encouraging female growth in the IT industry. At 5 years old, she came to Britain from Nazi Germany as a child refugee. She founded the software company Freelance Programmers, now known as Xansa, in 1962. The goal of creating her company was to help qualified women work in IT without facing harassment or being hindered because of being female. Her contractors were overwhelmingly women who worked from home. Some of the company’s projects would include the programming of the Concorde’s black box and the development of protocols that were eventually used by NATO. Initially, while marketing her business, Shirley was often ignored or dismissed when sending marketing materials signed using her name. This changed when she began signing her correspondence with the name “Steve Shirley.” As a result, she became known as Stephanie “Steve” Shirley. Freelance Programmers became a success and was eventually valued at $3 billion.

Over the years, she has received many honors. She served as the president of the British Computer Society from 1989 to 1990. In 2001, she was appointed a fellow of the Royal Academy of Engineering. Also in 2001, Shirley helped fund the founding of the Oxford Internet Institute at the University of Oxford. Since retiring in 1993, Shirley has given away much of her wealth and turned her focus toward philanthropy and public speaking.

Megan Smith, a former vice president at Google, graduated from MIT with a master’s degree in mechanical engineering. Before joining Google in 2003, she worked for Apple Computer Japan in Tokyo. Additionally, she became CEO of PlanetOut in 2001.

In 2014, President Barack Obama appointed Smith to serve as the U.S. chief technology officer. Not only was she just the third person to hold this position, but she was the first woman as well. During her time at the White House, Smith had many accomplishments, including a successful hackathon that resulted in improvements to protective suits worn by health workers treating Ebola. She created a website honoring both well- and little-known women who have made important contributions to the world of science and technology. She was also pivotal in advising the president and setting up crucial meetings to help establish net neutrality.

In 2017, after leaving the White House, she founded Shift7, and she also became a member of the National Academy of Engineering. In addition, she serves as an advisor and speaker at Tech Jobs Tour.