Remote Work in Data Science Is More Than Just a Trend 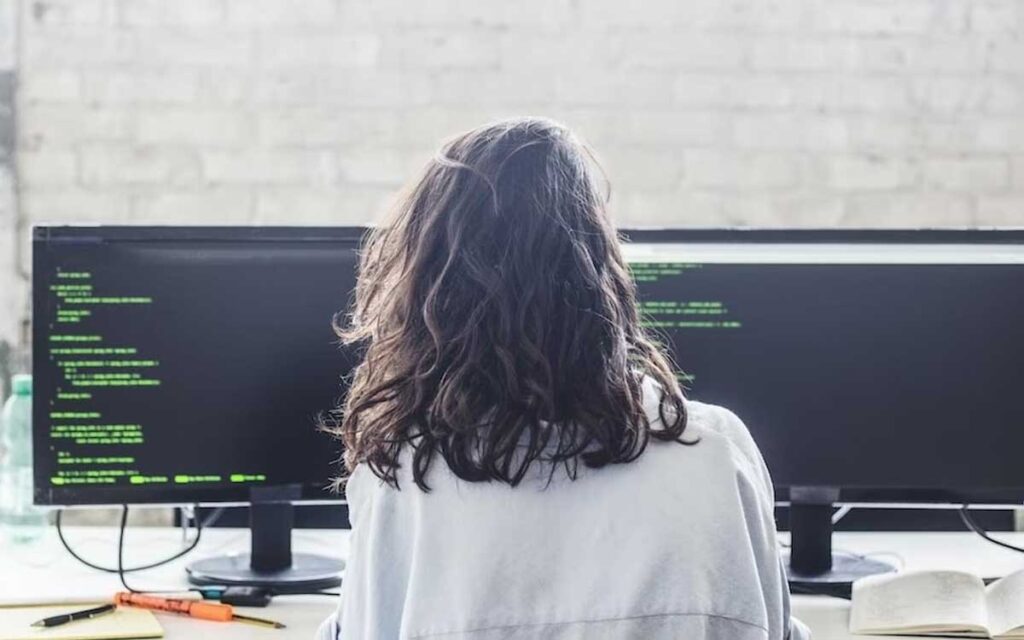 When Covid-19 shuttered offices and turned other white-collar workers into remote employees, many data scientists were already working as part of distributed teams. Notable companies such as payment processing platform Stripe, IBM, Bank of America and the Google subsidiary Kaggle employed remote data scientists years before the pandemic. Companies across sectors may be welcoming employees back into offices, but data scientists still have a distinct edge when negotiating flexible working arrangements — provided they have the right skills and qualifications.

Arguably the most desirable remote data science jobs — 100 percent flexible, 100 percent WFH roles — have always gone to highly educated, highly experienced applicants with competitive educational and professional backgrounds. Employers typically require that candidates for remote and flex positions have a master’s degree, at minimum, plus a proven track record of using data to deliver robust insights. They want to be sure that data scientists on distributed teams have the skillsets and expertise necessary to provide value from day one.

The outlook for remote work in data science is bright and largely unaffected by emerging post-Covid return-to-work plans, but capitalizing on expanding distributed work opportunities — and high salaries — in data science requires more than a passing knowledge of Python and MATLAB. The Stevens Online Master of Science in Data Science (MSDS) exists to give data science professionals the experience and mastery employers are looking for in their distributed talent. Think of it as a key that can unlock a world of remote data science work.

WHAT KINDS OF DATA SCIENCE JOBS CAN YOU DO FROM HOME?

There are more jobs in data science than most outside of the field realize, and there are almost no technical barriers keeping people from doing those jobs as part of distributed teams. Robust cloud computing systems have eliminated the need for data scientists to be in the same building as data sources, whether they are chiefly concerned with building pipelines, cleaning and organizing information, analyzing and interpreting data or building interpretation systems. Data scientists can work remotely in any of the following focus areas:

Some employers remain hesitant to give carte blanche to work from anywhere, but the companies with the largest data-related workforces (e.g., Amazon, Apple, Facebook, Google and LinkedIn) often have the friendliest work-from-home and flex-work policies. Facebook, for instance, announced it would allow up to 50 percent of employees to work from home indefinitely, and Twitter, Dropbox and Shopify went “digital by default” beginning in 2020. In 2021, there are many notable technology companies with partially or fully distributed data science teams, such as:

Given that the widespread shutdowns caused by Covid-19 had little effect on opportunities in the field, it’s likely that more companies in and out of tech will embrace telework for data scientists even as they ask other employees to return to their cubicles.

HOW CAN A DATA SCIENCE MASTER’S DEGREE HELP YOU TRANSITION INTO TELEWORK?

While many employers are comfortable allowing their data scientists to work from home, they expect them to have robust qualifications. An analysis by KDnuggets, a leading site in data analytics, found that most companies asked candidates for on-site and remote data science jobs to have more than four years of experience in data science and more than five in related fields. Burning Glass Technologies furthermore found that nearly half of all job postings for data scientists, remote or otherwise, specified that candidates should have a master’s degree.

Six-figure salaries in data science are typical, but that doesn’t mean early career professionals with a bachelor’s degree make $100,000 while working from home.

Employers want to know that their remote data scientists have the tech skills and domain knowledge to deliver value while off-site and the expertise they need to work independently. Setting the bar high is among the ways companies ensure they’re getting the best return on their investment when hiring remote workers and employment data suggests a master’s in data science increases your chances of landing a flexible working arrangement. According to the 2019 American Time Use Survey, “among workers age 25 and over, those with an advanced degree were more likely to work at home than were persons with lower levels of educational attainment — 42 percent of those with an advanced degree performed some work at home.”

Six-figure salaries in data science are typical, but that doesn’t mean early career professionals with a bachelor’s degree make $100,000 while working from home. The average data science salary falls somewhere between $96,000 and $130,000 per year — a range that includes self-reported income from both recent MSDS graduates and experienced data scientists in managerial roles earning $200,000 or more. The highest-paying data science job is arguably chief data officer ($176,000), though some companies pay cloud data architects and data science managers just as much.

Various factors influence how much data scientists earn. Roles that involve leading projects or interfacing with clients pay more — jobs that are sometimes harder to do remotely. Engineering and infrastructure development roles sometimes pay less but are easier to do offsite. The big tech firms almost always pay their data science teams more than small companies, government agencies and organizations in other fields do. Fortunately, data science seems largely immune to the trend of paying remote workers less than their in-office counterparts.

DOES LOCATION MATTER WHEN LOOKING FOR REMOTE WORK?

It makes sense to look for jobs in areas where companies that employ data scientists are located instead of searching exclusively for ‘remote data science jobs.’ Some employers with established and generous flex work policies don’t advertise new positions as remote but are still open to hiring remote workers. Keeping your job search parameters wide also helps you understand what kinds of opportunities are out there for data scientists willing to work on-site.

The top states for (on-site and remote) data science jobs tend to include:

New York City, in particular, is one of the best cities in the United States for data scientists because it’s home to companies known for having extensive data science teams, such as:

Search in the entire Tri-state Area (New York, Connecticut and New Jersey), and you’ll find even more on-site and remote jobs for data scientists at companies such as:

Keep in mind, too, that “work-from-home” policies and “work-from-anywhere” policies can be very different. Some employers want workers to be accessible when necessary and hire local talent even when positions are technically remote. According to FlexJobs, 95 percent of remote job listings include some location requirement (e.g., same city, state or time zone). Many stipulate that employees must be available during local business hours or able to work on-site when needed. Work-from-anywhere or fully untethered positions are much rarer and much harder to get. Can you work remotely for a Seattle-based company if you live in Atlanta (or elsewhere)? Maybe — if you (and your future employer) are flexible.

IF YOUR GOAL IS TO WORK REMOTELY, SEARCH FOR THESE JOB TITLES:

Big Data engineers or data infrastructure engineers manage (and sometimes also build or design) Big Data infrastructure and tools for organizations. Some companies use this job title to refer to data scientists, but this role typically involves working with data processing systems, not developing and testing hypotheses with processed data. These professionals are comfortable using Hadoop-based technologies like MapReduce and Hive MongoDB and tend to earn around $90,000.

Data engineers work behind the scenes to make data science possible by building and running the systems that process stored and real-time data for analysis. Their skills include systems architecture, advanced programming, database design and configuration and interface configuration, and they earn about $92,000. This job title doesn’t exist in every company. Some data scientists do engineering work, and some organizations refer to their engineers as Hadoop developers, ETL developers, BI developers, technical architects, data warehouse engineers, data science software engineers or quantitative data engineers.

Professionals with this title are usually responsible for sourcing, clearing, organizing and analyzing large amounts of data to find actionable insights and drive strategic decision-making. It’s a technical, specialized role, and most data scientists have master’s degrees in data science or computer science. Average salaries in data science are close to $100,000, but many data scientists earn a lot more.

Some data scientists specialize in visualization, but not all data visualizers are data scientists. These professionals earn about $77,000 performing exploratory data analysis and creating useful stories for stakeholders through information curation. Simply put, they remove noise from data sets, so only the most valuable information is left.

Machine learning engineers earn a lot — close to $113,000, on average — to use data collected and cleaned by data scientists to develop learning algorithms that teach Artificial Intelligence systems to identify functional patterns. Professionals in this role need strong programming and statistics skills and to be comfortable working with complex machine learning systems.

The job descriptions associated with these roles read as similar because job titles in data science can differ substantially from employer to employer, and one firm’s data scientist might be another firm’s data engineer, Big Data analyst or statistician. Some companies with larger data science teams may have machine learning engineers, data mining engineers and business intelligence experts in addition to data scientists and visualization developers. Smaller organizations may employ one or two data scientists who might better be described as data analysts. The takeaway is that you should not rely on job titles alone when searching for remote opportunities.

HOW TO LAUNCH A REMOTE DATA SCIENCE CAREER

Keeping your expectations realistic is the key to transitioning into remote work in data science. Employers that embrace work-from-home and work-from-anywhere policies can draw from an expansive, global talent pool. To compete, you need to be at the top of your game and an expert in the field. Enrolling in the Charles V. Schaefer, Jr. School of Engineering & Science’s 100 percent online Master in Data Science program is one way to enhance your practical skills and theoretical knowledge while you continue building career capital.

You should also keep your search criteria broad because many companies that allow flex work or remote work don’t mention either in their job postings. Once you have the work experience, education and expertise hiring managers look for in data scientists, you can negotiate for part-time or full-time remote status. Companies that don’t have set remote work policies will still consider flexible arrangements when a candidate is impressive enough.

Finally, be patient. Full-time remote data scientist jobs remain relatively rare, but the global market for Big Data will grow to almost $230 billion over the next five years, and demand for data scientists will expand with the market. Building up your resume today by racking up relevant experience and earning an MSDS from Stevens Institute of Technology will give you the clout to step into coveted remote data science positions in the future.

You may start in a junior-level, business-focused data science job after earning an MSDS, but if you have an eye for the potential hidden in information, you will eventually be able to use data to do things like improve the effectiveness of education, make travel safer or help develop more effective drug treatments. More importantly, you’ll be able to do it all from the comfort of home.